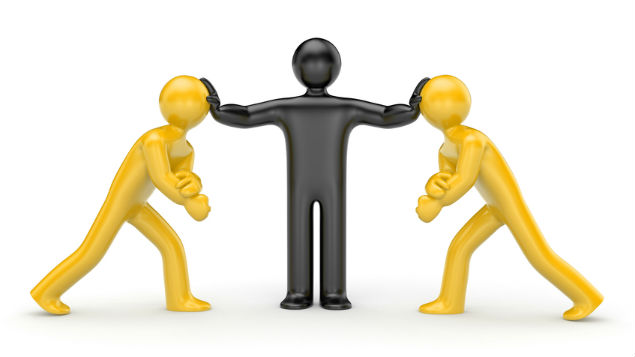 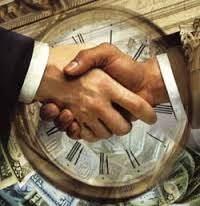 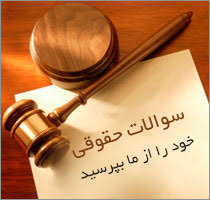 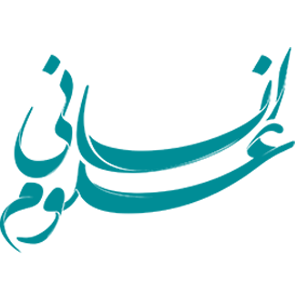 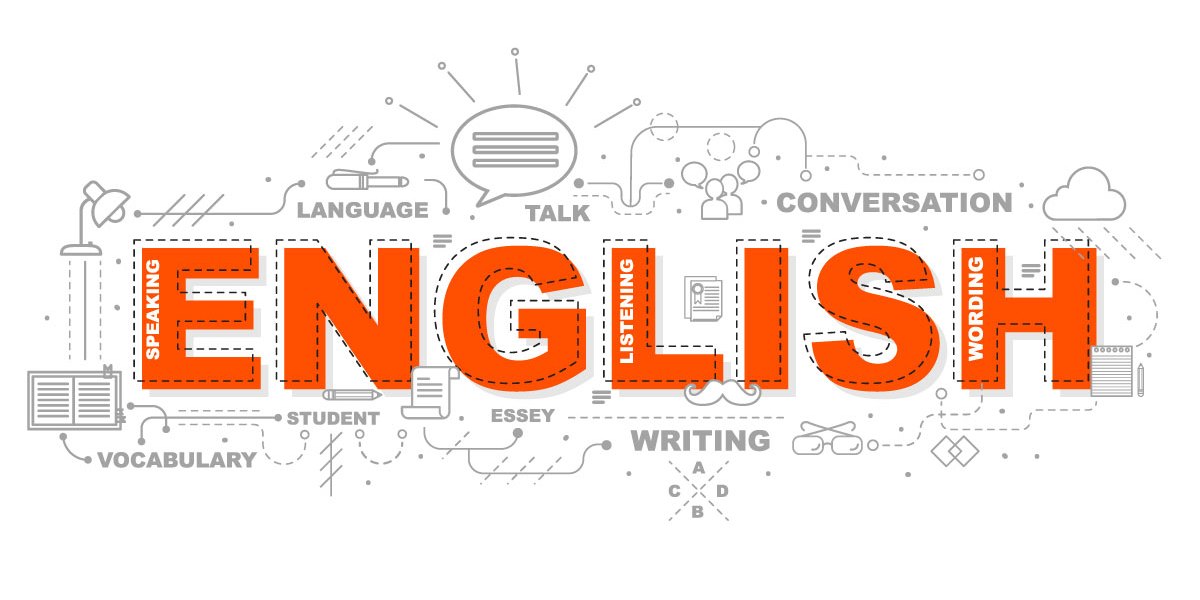 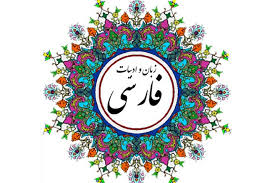 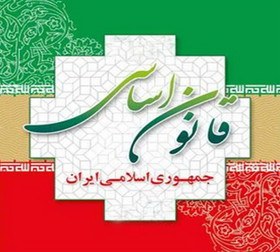 The M134 Minigun is a 7.62 mm, six-barreled machine gun with a high rate of fire (2,000 to 6,000 rounds per minute), employing Gatling-style rotating barrels with an external power source. The term “Minigun” has popularly come to refer to any externally powered Gatling gun of rifle caliber, though the term is sometimes used to refer to guns of similar rates of fire and configuration, regardless of power source and caliber. Specifically, minigun refers to a specific model of weapon, originally produced by General Electric.

The “Mini” of the name is in comparison to designs that use a similar firing mechanism but larger shells, such as General Electric’s earlier20 mm M61 Vulcan, and “gun” referencing the delineation between a cannon, that of a caliber higher than 20 millimeters—and gun—within certain ranges.

The ancestor to the modern minigun was made in the 1860s. Richard Jordan Gatling replaced the hand cranked mechanism of a rifle-caliber Gatling gun with an electric motor, a relatively new invention at the time. Even after Gatling slowed down the mechanism, the new electric-powered Gatling gun had a theoretical rate of fire of 3,000 rounds per minute, roughly three times the rate of a typical modern, single-barreled machine gun. Gatling’s electric-powered design received US Patent #502,185 on July 25, 1893.[1] Despite Gatling’s improvements, the Gatling gun fell into disuse after cheaper, lighter-weight, recoil and gas operated machine guns were invented.[citation needed]

During World War I, Germany was working on the Fokker-Leimberger, an externally powered 12 barrel Gatling gun in the 7.92x57mm Mauser round capable of firing over 7,000 rpm, but its spent brass ruptured.[2] None of the guns became operational during the war except the Siemens example which was tried on the Western Front with a victory using it during air combat. However, the Fokker-Leimberger was used in development of what eventually became the Minigun.[citation needed]

In the 1960s, the United States armed forces began exploring modern variants of the electric-powered, rotating barrel Gatling gun-style weapons for use in the Vietnam War. The US forces in Vietnam, which used helicopters as one of the primary means of transporting soldiers and equipment through the dense jungle, found that the thin-skinned helicopters were very vulnerable to small arms fire and rocket-propelled grenade (RPG) attacks when they slowed down to land. Although helicopters had mounted single-barrel machine guns, using them to repel attackers hidden in the dense jungle foliage often led to barrels overheating or cartridge jams.[citation needed]

USAF helicopter crewman in Vietnam firing a minigun in 1968

In order to develop a weapon with a more reliable, higher rate of fire, General Electric designers scaled down the rotating-barrel 20 mmM61 Vulcan cannon for 7.62×51 mm NATO ammunition. The resulting weapon, designated M134 and known popularly as the Minigun, could fire up to 4,000 rounds per minute without overheating. The gun was originally specified to fire at 6,000 rpm, but this was later lowered to 4,000 rpm.

The Minigun was mounted on OH-6 Cayuse and OH-58 Kiowa side pods, in the turret and wing pods on AH-1 Cobra attack helicopters, on door, pylon and pod mounts on UH-1 “Huey” Iroquois transport helicopters, and on many other helicopters including the H-53 (MH-53 Pave Low) and the common H-60 family (UH-60 Black Hawk, HH-60 Pave Hawk, etc.).[citation needed]

Several larger aircraft were outfitted with miniguns specifically for close air support: the A-37 Dragonfly with an internal gun and with pods on winghardpoints, and the A-1 Skyraider also with pods on wing hardpoints. Other famous gunship airplanes were the AC-47 Spooky, the AC-119 gunship, and the AC-130 gunship.[citation needed]

A Royal Navy minigun, separated from mounting and ammunition

The basic minigun is a six-barrel, air-cooled, and electrically driven rotary machine gun. The electric drive rotates the weapon within its housing, with a rotating firing pin assembly and rotary chamber.[3] The minigun’s multi-barrel design helps prevent overheating, but also serves other functions. Multiple barrels allow for a greater capacity for a high firing rate, since the serial process of firing/extraction/loading is taking place in all barrels simultaneously. Thus, as one barrel fires, two others are in different stages of shell extraction and another three are being loaded. The minigun is composed of multiple closed-bolt rifle barrels arranged in a circular housing. The barrels are rotated by an external power source, usually electric, pneumatic, or hydraulic. Other rotating-barrel cannons are powered by the gas pressure or recoil energy of fired cartridges. A gas-operated variant, designated the XM133, was also developed, but was not put into production.[4]

While the weapon can feed from linked ammunition, it requires a delinking feeder to strip the links as the rounds are introduced to the chambers. The original unit was designated MAU-56/A, but has since been replaced by an improved MAU-201/A unit.[5] The General Electric minigun is in use in several branches of the U.S. military, under a number of designations. The basic fixed armament version was given the designation M134 by the U.S. Army, while exactly the same weapon was designated GAU-2/A by the U.S. Air Force. The USAF minigun variant has three versions, while the U.S. Army weapon appears to have incorporated several improvements without a change in designation. Available sources show a relation between both M134 and GAU-2/A and M134 and GAU-2B/A.[6][7] A separate variant, designated XM196, with an added ejection sprocket was developed specifically for the XM53 Armament Subsystem on the AH-56 Cheyenne helicopter.[8]

Another variant was developed by the U.S. Air Force specifically for flexible installations, beginning primarily with the UH-1N helicopter, as the GAU-17/A. The primary end users of the GAU-17/A have been the U.S. Navy and the U.S. Marine Corps, which mount them as defensive armament on a number of helicopters and surface ships. The weapon is part of both the A/A49E-11 armament system on the UH-1N and A/A49E-13 armament subsystem on the HH-60H aircraft. The weapons on these systems feature a selectable fire rate of either 2,000 or 4,000 rpm. There is mention of a possible GAUSE-17 designation (GAU-Shipboard Equipment-17), in reference to the system when mounted on surface ships, though this would not follow the official ASETDS designation system’s format.[9][10]

Other manufacturers in the United States also produce Miniguns with various refinements of their own, including Dillon Aerospace (the “M134D”), and Garwood Industries (the “M134G”).

[edit]Gun pods and other aircraft mounts One of the first applications of the weapon was in aircraft armament pods. These gun pods were used by a wide variety of fixed and rotary wing aircraft mainly during the Vietnam War, remaining in inventory for a period afterward. The standard pod, designated SUU-11/A by the Air Force and M18 by the US Army, was a relatively simple unit, completely self-contained, with a 1,500 round magazine directly feeding delinked ammo into the weapon. This means the Minigun fitted to the pod does not require the standard MAU-56/A delinking feeder unit.[11] A number of variations of this pod exist.

Initially on fixed-wing gunships, such as the AC-47 and AC-119 the side-firing armament was fitted by combining SUU-11/A aircraft pods, often with their aerodynamic front fairings removed, with a locally fabricated mount. These pods were essentially unmodified, required no external power, and were linked to the aircraft’s fire controls. The need for those pods for other missions led to the development and fielding of a purpose built “Minigun module” for gunship use, designated the MXU-470/A. These units first arrived in January 1967 with features such as an improved 2,000 round drum and electric feeder allowing simplified reloading in flight. The initial units were unreliable and were withdrawn almost immediately.[12] By the end of the year, however, the difficulties had been worked out and the units were again being fitted to AC-47s, AC-119s, AC-130s, and even being proposed for lighter aircraft such as the O-2 Skymaster.[13] A fit of two MXU-470/As was also tested on the AU-23A Peacemaker, though the Royal Thai Air Force later elected to use the other configuration with the M197 20 mm cannon.[14]

Various iterations of the minigun have also been used in a number of armament subsystems for helicopters, with most of these subsystems being created by the United States. The first systems utilized the weapon in a forward firing role, for a variety of helicopters, some of the most prominent examples being the M21 armament subsystem for the UH-1 Iroquois and the M27 for the OH-6 Cayuse. It also formed the primary turret mounted armament for a number of members of the AH-1 Cobra family. The weapon was also used as a pintle-mounted door gun on a wide variety of transport helicopters, a role it continues to serve in today.